Our People Make the Difference.

Meet our Instructors and Staff. 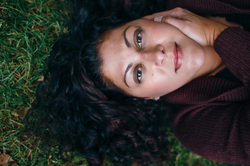 Jennifer Gamache-Dubilo, Artistic & Exucutive Director |  Instructor / Choreographer
In June 2003, Jennifer formed Artistic Dance Conservatory. Her vision created a professional dance school, which offers its students a variety of dance instructions in a creative, positive atmosphere and state-of-the-art facilities. Jennifer is proud to now be the President of the Artistic Dance Conservatory Corporation, a non-profit dedicated to the proliferation of Performing Arts and Dance Education. Through her school, she teaches dance technique for both recreational and pre-professional students. Throughout her career, Jennifer has received numerous choreography awards for her work in Contemporary, Jazz, and Modern dance. The American Dance Awards named Jennifer ‘Young Choreographer of the Year’ in 1998 and 2000. She received diamond choreography awards in 2006, 2007, and 2008 and was honored in Who's Who among American Dance Teachers. Her students have been honored with many prestigious awards for their solo and group performances in Contemporary Lyrical, Ballet, Jazz, Modern, and Hip Hop dance.  Mrs. Dubilo's community outreach efforts develop through the Artistic Dance Conservatory Youth Ensemble and Eclipse Dance Company, for which she is both director and a choreographer. As the former Director of the Dance Department and Choreographer for the Theater Department at the Loomis Chaffee School in Windsor, CT, Jennifer had the pleasure of creating original choreography for dance concerts and musical productions. Her musical theater credits include 11 original productions including Thoroughly Modern Millie, Wonderful Town and Anything Goes.  Jennifer also had the privilege of coaching for the American Team at the IDO World Dance Championships in Poland (2008), where her dancers won the overall gold medals for Male Solo Jazz and Contemporary Duet performances. In the past few years, Jennifer's contemporary choreography and teaching style has been chosen to debut in festivals like Dancin' Downtown at the Joyce, The Mass Dance Festival, The International Festival if Arts and Ideas. Dance for World Community, Southern Vermont Dance Festival,The Brooklyn Dance Festival, and the Boston Contemporary Dance festival.  Jennifer is continuously educating herself in dance and has had the privilege to work with and study under many dance masters. She is a level three certified member of Dance Educators of America. With a diverse background and forward thinking ability, Jennifer brings a wealth of knowledge and creativity to every motion. 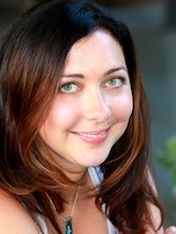 Rebecca Gamache-Sutter, Sr. Instructor / Choreographer
Rebecca Gamache-Sutter has been studying dance for over twenty years. She has studied at numerous dance schools including Broadway Dance Center, Steps and Dance New Amsterdam in New York City, and the Nancy Carole School of Dance in New Jersey. She has taken classes from Madam Darvosh, Frank Hatchett, Gus Giordano, Charles Kelly, and has studied intensively with her sister Jennifer Gamache-Dubilo. As a child Rebecca performed with the Albany Berkshire Ballet as the lead role of Clara in The Nutcracker. Rebecca has won various dance titles and high score awards in ballet, lyrical, jazz and modern dance. She held the title of “Miss Starpower” for two years at Starpower National Talent Competitions and toured nationally with their performance group, The Power Pak. Rebecca was chosen to perform with N*sync at the 1999 Pro-Bowl halftime show and currently dances professionally as a member of Eclipse Dance Company. She is a certified Dance Instructor through Dance Educators of America and in June of 2003, Rebecca accepted the position of Sr. Instructor/Choreographer for ADC. In addition to her work as an instructor, Rebecca is also a founding partner of the Kinetic State Youth Ballet Company for which she choreographs original ballets including The Nutcracker, Sleeping Beauty, Alice in Wonderland, The Wizard of Oz, The Dream and Peter Pan. Her work is performed throughout Massachusetts in local schools, nursing homes and charity performances. Additionally, Mrs. Gamache-Sutter has been a guest Choreographer for the Theater and Dance Department at The Loomis Chaffee School. Along with her years of experience in the dance field, Rebecca brings an unparalleled ability to teach a refined technique while incorporating a unique choreographic style that makes her work her own. 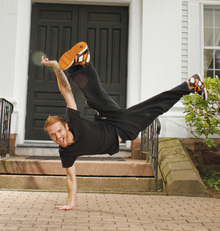 Brenden Silbaugh, Instructor / Choreographer
Brenden's consistent drive and passion for entertainment have made him a notable performer and educator throughout Western Massachusetts.  In 2001, Brenden met Jennifer Gamache-Dubilo at Holyoke Catholic High School where she instructed him as a member of the dance club. He has since served as an apprentice to Gamache-Dubilo and won numerous awards for his hip hop performances in national competition.  Brenden has been a featured dancer in such shows as Le Cirque at the Hippodrome, Dead Man's Party at Six Flags New England and The Cher Extravaganza. Brenden shares his knowledge of hip hop and street jazz as a faculty member at American International College and the Pioneer Valley Performing Arts Charter School.  When not in the studio, Brenden can be seen performing with Eclipse Dance Co. and as a backup dancer for local Hip Hop and R&B Artists. He is the lead choreographer for the NCAA Elite Eight Dance Team and his work has been featured at NCAA championship games televised on CBS, and ESPN-U. Brenden thrives in always expanding his dance knowledge through new and creative educational outlets. His streetwise and stylish choreography make for a fun and energetic hip hop experience. 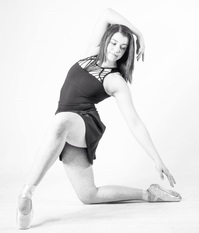 Natalie Mayko, Instructor/Choreographer
Natalie Mayko has been dancing for 19 years, 16 of which have been at ADC with all the amazing staff. She has studied various styles including ballet, jazz, tap, acro and many more. This will be her fifth year as a member of the Eclipse Dance Company. Natalie has graduated from Westfield State University with a BA in Psychology and is currently attending Springfield College for her Masters in School Counseling and School Adjustment Counseling. She is looking forward to her fourth year as an instructor at ADC. 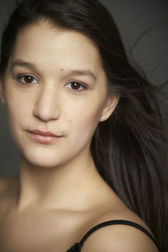 Angela Gauthier, Instructor/Choreographer
Angela Gauthier was raised in Longmeadow, MA where she began her dance training at the age of three. A Graduate from The Boston Conservatory, with a BFA in Contemporary Dance Performance and an emphasis in pedagogy. While attending the Conservatory, Gauthier has performed works by Dwight Rhoden, Brian Brooks, Darrell Moultrie, Zoe Scofield, Sidra Bell, Adam Houghland, and Lorraine Chapman. In the Spring of 2017, She was the Rehearsal Assistant for Yury Yanowsky, a Choreographer and former principal dancer for the Boston Ballet. Outside of The Boston Conservatory she has performed in various festivals with Eclipse Dance Company over the years, including Massachusetts Dance Festival, The Boston Contemporary Dance Festival, and Southern Vermont Dance Festival. Ms. Gauthier has also done an internship at the Elliot School assisting Sean Murphy, teaching movement classes to the public school students at Elliot. Spring of 2016, She worked with the Elliot Students and choreographed a piece for an annual showing. She is excited to be able to share all the knowledge she has gained to all the students at Artistic Dance Conservatory.

​Michael Konderwicz, Instructor/Choreographer
Michael is an alumni of ADC.  He graduated with his BFA in Jazz performance dance from the University of the Arts in Philadelphia, PA.  Based in New York City he has worked under the direction of choreographers such as Tracie Stanfield, Al Blackstone, Melanie Lewis, and Scott Jovovich.  Some television credits include American’s Got Talent, Target & Miller Lite Commercials, as well as Time Life.  When not in New York City Michael has sailed to 5 of the 7 continents with Disney Cruise Line and Holland American Line as a performer and dance captain.

Cora Paul, Instructor/Choreographer
​Cora Paul is currently a student at Springfield College, and will hold a Bachelor of Arts in Dance with a Community Arts minor as of Spring of 2017. She currently teaches modern, jazz competition, and ballet, and has many years of experience with all age levels. As a member of both the Springfield College dancers club and the Springfield College dance repertory company, she continues to perform works from renowned choreographers, including Doug Elkins, Bill Evans, James Morrow, and Jen Polins. She continues to stage her own work in the college’s Spring concert, participate in student choreographed work, study choreography, pedagogy, and technique, and attend the annual American College Dance Conference each year. She is excited to join the Artistic Dance Conservatory’s family and spread her passion and love for dance to everyone she meets. 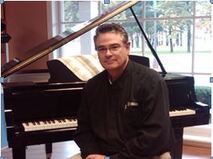 George Garber Jr.  Instructor/Theatrical Voice
A graduate of Berklee College of Music, George has acted as Musical Director for most all the major dramatic musicals. Oklahoma, West Side Story, The Sound of Music, Little Shop, My Fair Lady, Spelling Bee, South Pacific, Guys and Dolls, and Annie, are some of the productions he has lent his extensive experience and musical talents to.  As a player, George performs with many of the area’s swing bands including the Bad News Jazz and Blues orchestra, and was a founding member of the well-known Brass Attack Show Band. He started playing trombone professionally in the eighth grade.  His instrumental and vocal groups have won numerous awards and national commendations. George has worked for all the major houses in Western MA and has been Supervisor of Music for shows throughout the Pioneer Valley. 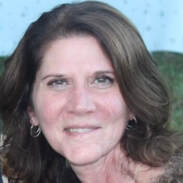