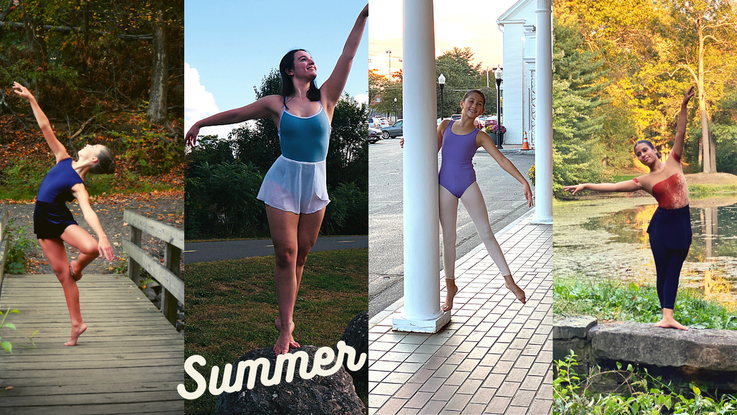 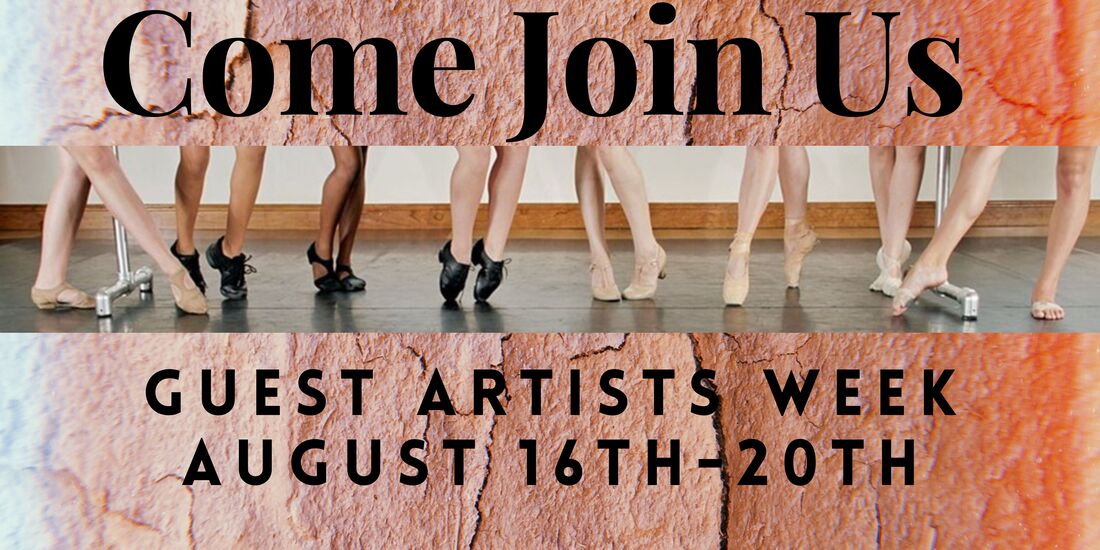 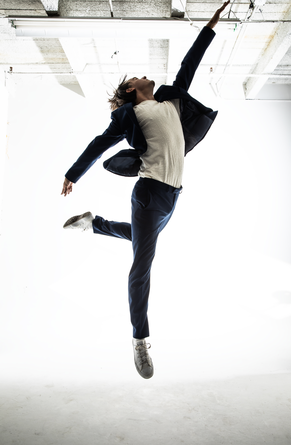 Brooklyn-based dancer, choreographer, teacher, and entrepreneur, Brandon Cournay, is   originally from Walled Lake, MI, and received his BFA in Dance from The Juilliard School.   Brandon is currently the Executive Artistic Director of Dance Device Lab and a dancer with   the Mark Morris Dance Group.
Brandon has performed in the Radio City Christmas Spectacular and with The Metropolitan   Opera Ballet, New York Theatre Ballet, The Chase Brock Experience, Company XIV, Schoen   Movement Company, Dance Heginbotham, Morphoses, and KEIGWIN + COMPANY (2010-   2018).
TV/Film/industrial credits include PBS’s Great Performances, Musical Chairs (HBO), Puma,   Sesame Street, and Target.
He has been an Associate Choreographer / Rehearsal Director for Larry Keigwin, Josh   Prince,  John Heginbotham, Chase Brock, Cherice Barton, Sydney Skybetter and has assisted   on numerous creative projects in theatre, tv, film, and dance.
Offstage, he has held administrative positions with multiple companies with roles varying from General Management to Producing and Company Management. Throughout this time with KEIGWIN + COMPANY, Brandon was appointed the Rehearsal Director, Associate Artistic Director, and Managing Director.
From dance studios to conventions and universities, Brandon is a sought-after choreographer and guest teacher, whose work has been commissioned by Works and Process at the Guggenheim. He has a passion for teaching all ages, abilities, and communities. Brandon is a teacher of Dance for PD®. Developed by the Mark Morris Dance Group, Dance for PD® offers free, specialized dance classes to people with Parkinson’s Disease around the world. He was honored to teach throughout Africa with DanceMotion USA, an artistic cultural exchange program developed by the US State Department and produced by Brooklyn Academy of Music.
He has worked with The Juilliard School, The Pennsylvania Ballet, UNCSA, Whim W’Him, Montclair State University, Marymount Manhattan College, Rutgers University, Barnard College, Southeast Missouri State University, and more!
Brandon is the Founder and Executive Artistic Director of Dance Device Lab (DDL). DDL produces student-focused, interactive and engaging events nationwide. DDL’s mission is to encourage creative thinking and risk-taking by creating a positive and encouraging space for young artists. All DDL events provide tools that are valuable to dancers as both artists and citizens and are transferable to inside and outside of the studio.
Using his career as inspiration and DDL as a vessel, Brandon bridges the gap between the concert and commercial worlds of dance. 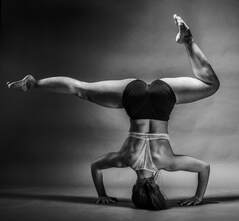 Briana Doran is a 200 hour certified yoga instructor through the LiveFree school at The Yoga Shop. She specializes in a power up, vinyasa flow style yoga that focuses on breath control and connection between the mind and body. As a BFA dance major, she uses her background education to create a safe place for everyone, but especially dancers, to focus on their own self progress without an expectation. Take one hour to let go of tension, sweat out negativity, and smile through the burn! Let’s do yoga!

You can also find her professional profile online with The Yoga Alliance for further info. 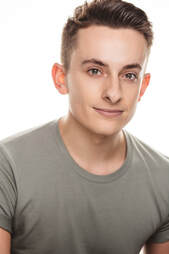 Joshua Burrage grew up in Westfield, MA beginning his dance training at New England Dance Centers. Out of high school, he was cast in the 1st National Tour of Newsies and later reprised his role for the filmed version. He then made his Broadway debut as a swing in the 2016 Revival of CATS, and could be seen on the 1st National Tour of A Bronx Tale. He most recently was a part of the new HBO series “The Gilded Age”.

Mica Bernas, originally from Manila, Philippines, received her training at the Cultural Center of the Philippines Dance School studying ballet, modern and other techniques. She later on became a soloist of Ballet Philippines, performing major roles in ballet productions and worked with acclaimed Filipino contemporary choreographers. Since moving to New York in 2006, Mica has performed for Carolyn Dorfman Dance, Armitage Gone Dance, Gallim Dance, and Limon Dance Company. Mica is currently a member of the Mark Morris Dance Group.
​

Gunnar began ballroom and Latin dancing at the age of ten, following in the footsteps of his older brother in Reykjavik, Iceland. He often fondly reminisces about coming to that fork in the road. With the options of soccer and dancing, having to make the choice of smelly locker rooms vs. girls and music was no contest.
He continued his pursuits successfully to become a thirteen time Icelandic Champion in Latin, ballroom, and 10-dance. In his competitive career, he has placed fifth on the Scandinavian Closed 10-dance category, and competed five times in Blackpool, England, world youth Latin, and amateur 10-dance championships with partners growing up.
He spent summers in England training with some of the best dancers in the world, as England is the international dance mecca. In 1996, he moved to the United States and began teaching in a local ballroom studio and soon became a manager and one of the top instructors in the country for that franchise.
After meeting Daryll, she dragged him out of retirement from competitive ballroom dancing just to add a few more titles to his name:
• World Finalist in Smooth
• US Rising Star American Rhythm Champion• US Rising Star American Smooth Champion
• US 9-Dance Champion
Gunnar coaches many professional couples, as well as top-ranked amateurs. His Pro/Am lady students are some of the best in the National Dance Council of America competitions year after year. 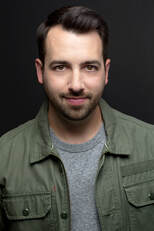 Nick Anthony is a dancer, choreographer, manager, producer, director, entrepreneur, & educator from Los Angeles, CA. Growing up at his family's dance studio in western MA, the Hackworth School of Performing Arts, which just celebrated its 85th anniversary, Nick was introduced to dance & the performing arts at an early age. It wasn't until his college years at Quinnipiac University, however, that he realized his desire to move to LA & pursue a career in the arts & entertainment industry. Shortly following his graduation in 2010, Nick took what he learned from his Entrepreneurship & Small Business Management degree, as well as his years of dance training & experiences, & dove into the LA dance scene in 2011. Since then, Nick has been represented by Bloc Talent Agency & Clear Talent Group as a dancer & choreographer & The Movement Talent Agency as a dance educator. His work spans from film, tv, & music videos to commercials, web series, & live shows. Some of his more notable credits as a performer & choreographer thus far include: Dr. Ken, Arrested Development, Dance Moms, All the Right Moves, Real Life: The Musical, Lindsey Stirling, Neon Trees, Kidz Bop, Disney, Coca Cola, Ryan Seacrest Productions, GAP, & the NBA D-League. As a dance educator, Nick has worked with hundreds of studios, schools, colleges, workshops, conventions, competitions, events, & students of all ages & levels across the US, as well as in parts of Canada, Central America, & most recently, Thailand. He's a regular faculty member for Generation IV, DEA, DMA, ADA, Headliners, DanceXplosion, Move: The Initiative, & Dance Fierce & has taught & judged for the likes of Hollywood Dance Jamz, LA Dance Magic, & Regional Dance America in the past as well, to name a few. Through his company NAKOA Network, over the years Nick has served as a manager, producer, & director for many individual artists & their projects, as well as for companies such as Shaping Sound, Generation IV, The Dance Counsel, IV REAL MVMNT, UN.Conventional, & Curtain Call Costumes for their fashion line NX3. Currently, amidst his teaching & choreography schedule, Nick is focused on building his new consulting company, NAKOA MGMNT, where he is working closely with several professional artists as a life, career, & financial coach & advisor. While Nick frequently finds himself on the road in his career, Valley Village, CA is where he calls home & where he spends most of his free time with his wife, Taylor & their dog, Arrow 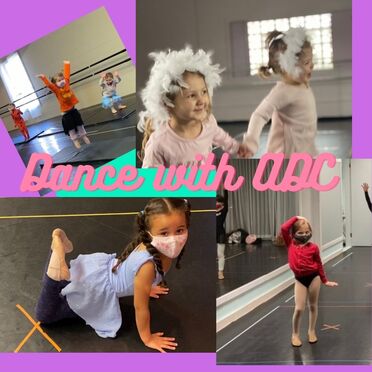